– To the women in Algiers and beyond – 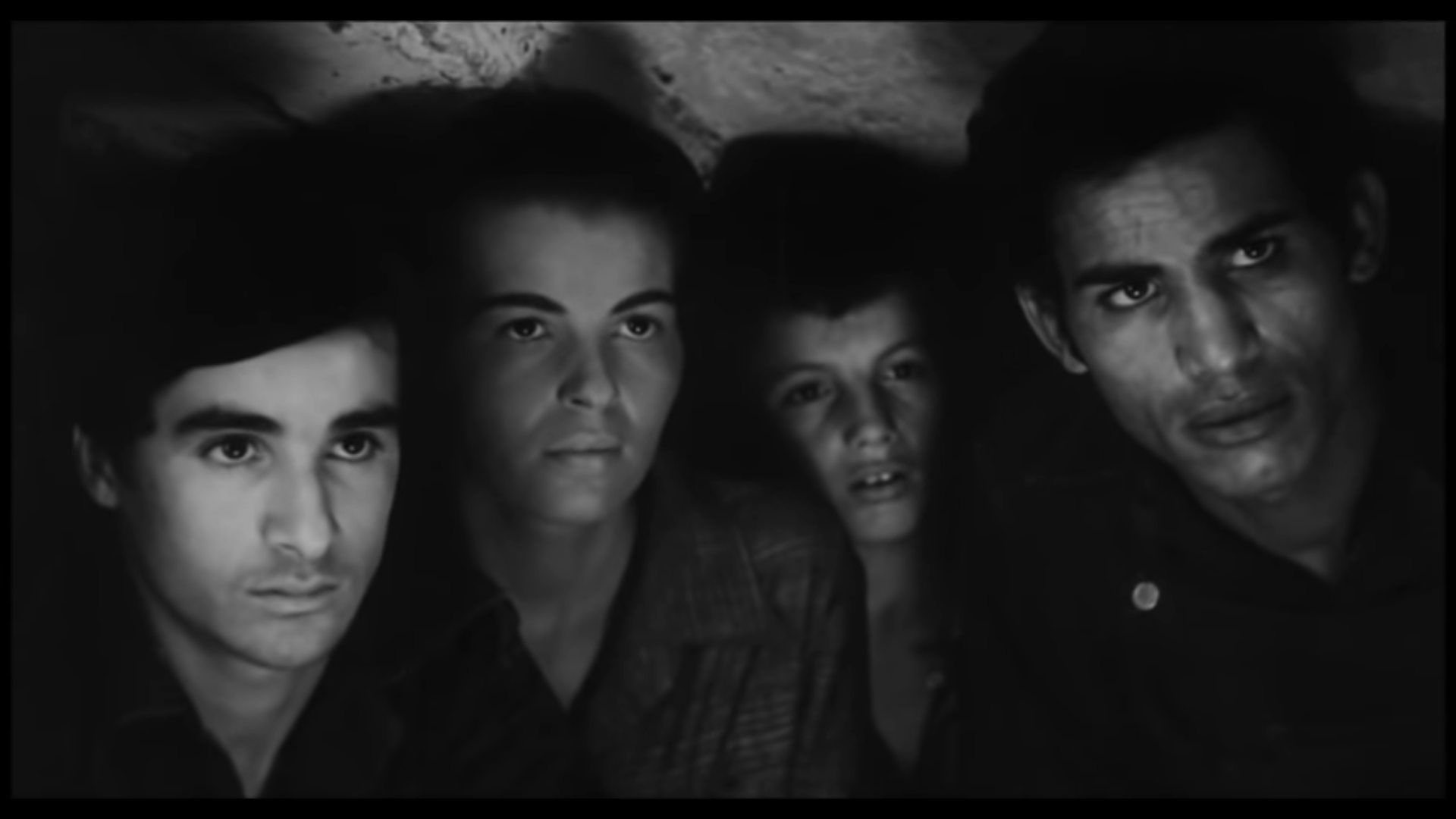 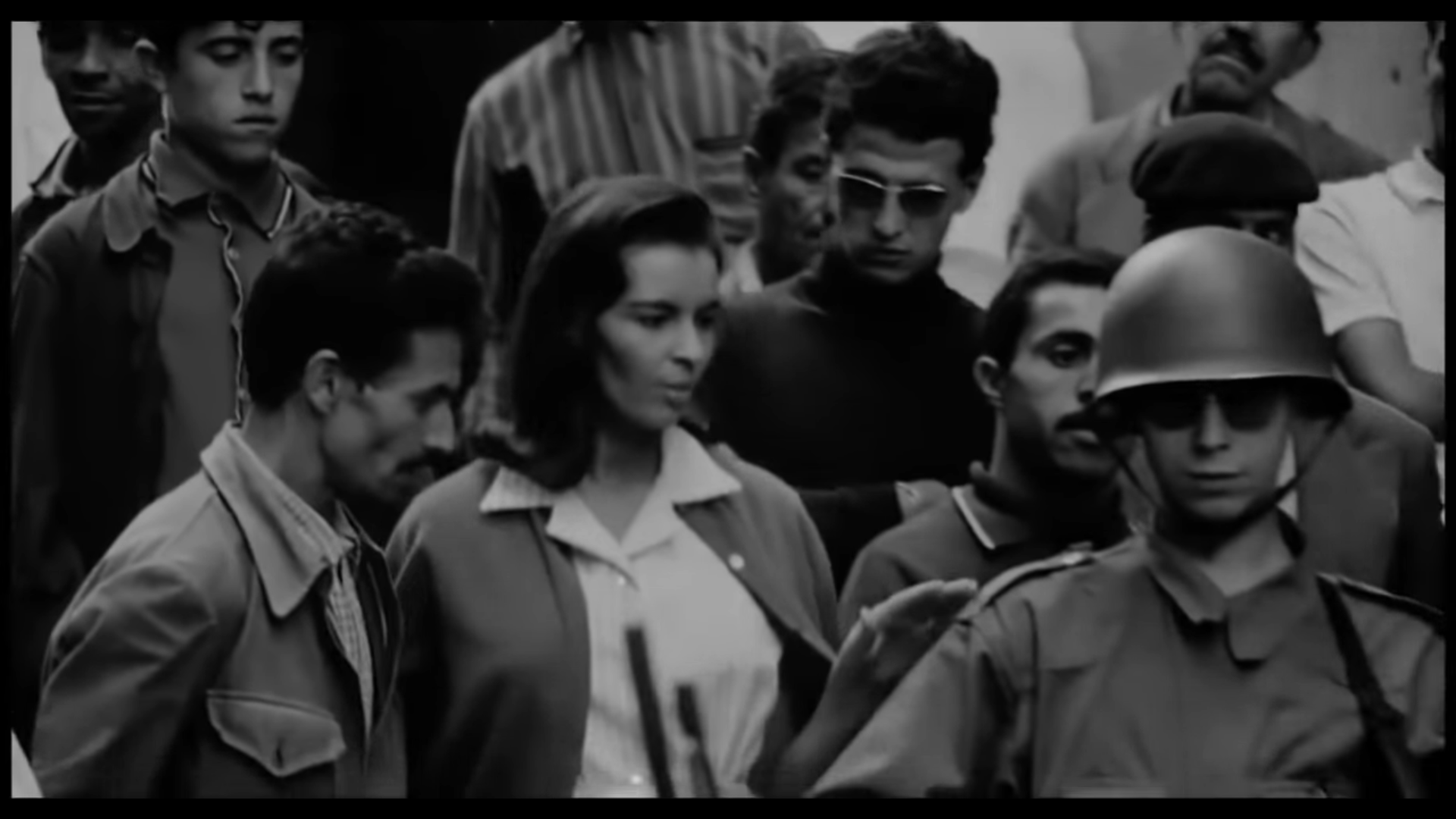 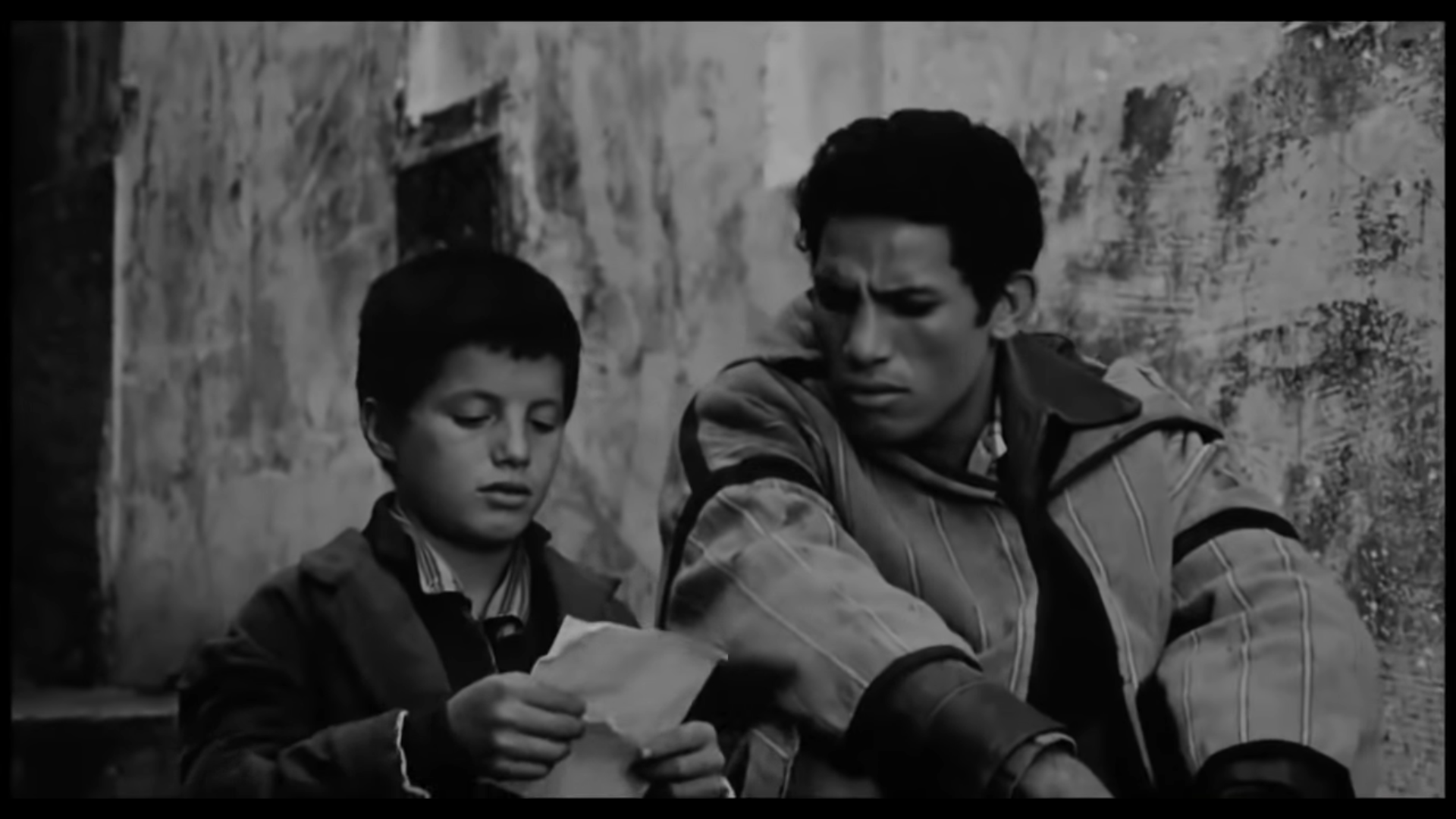 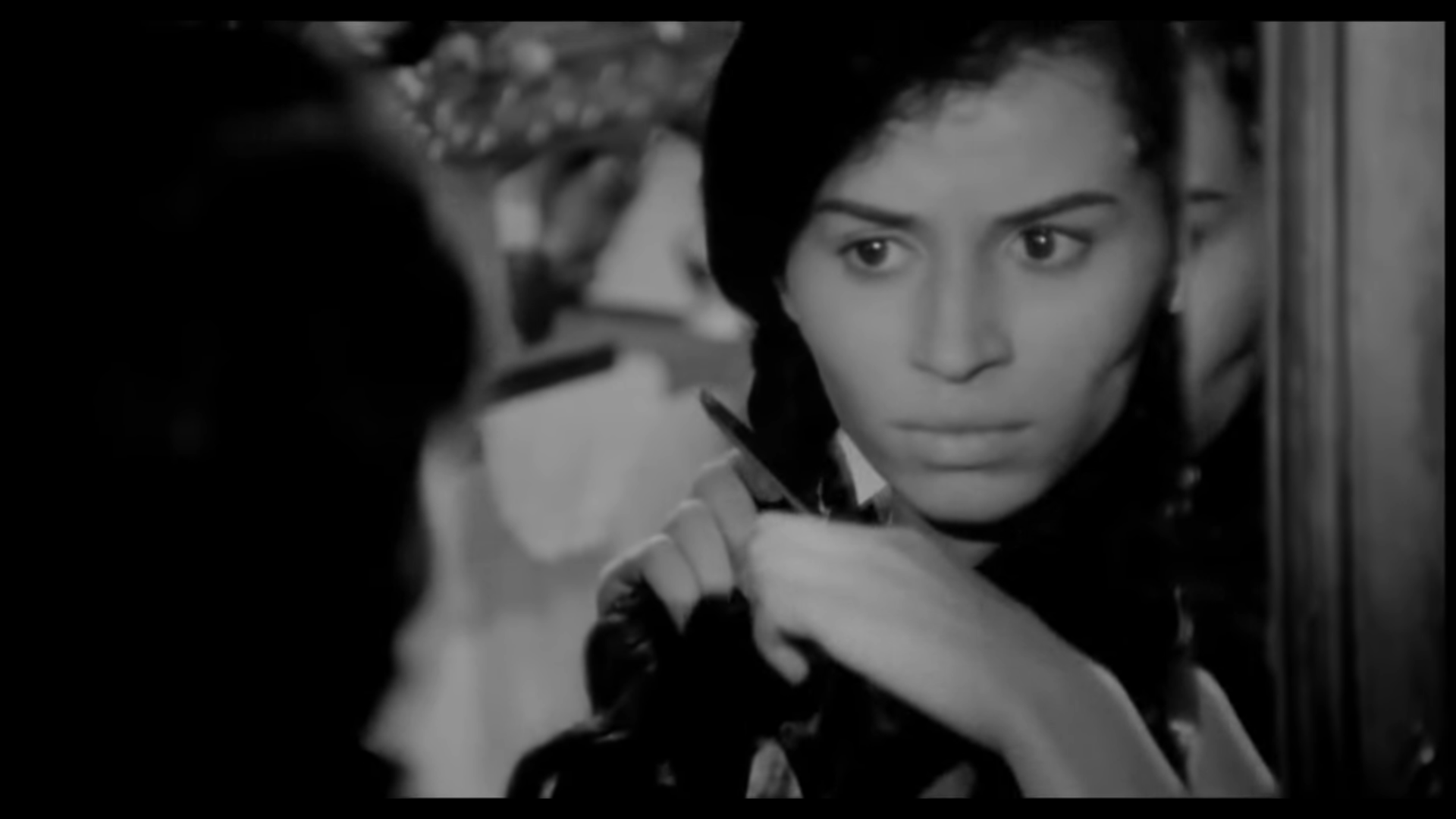 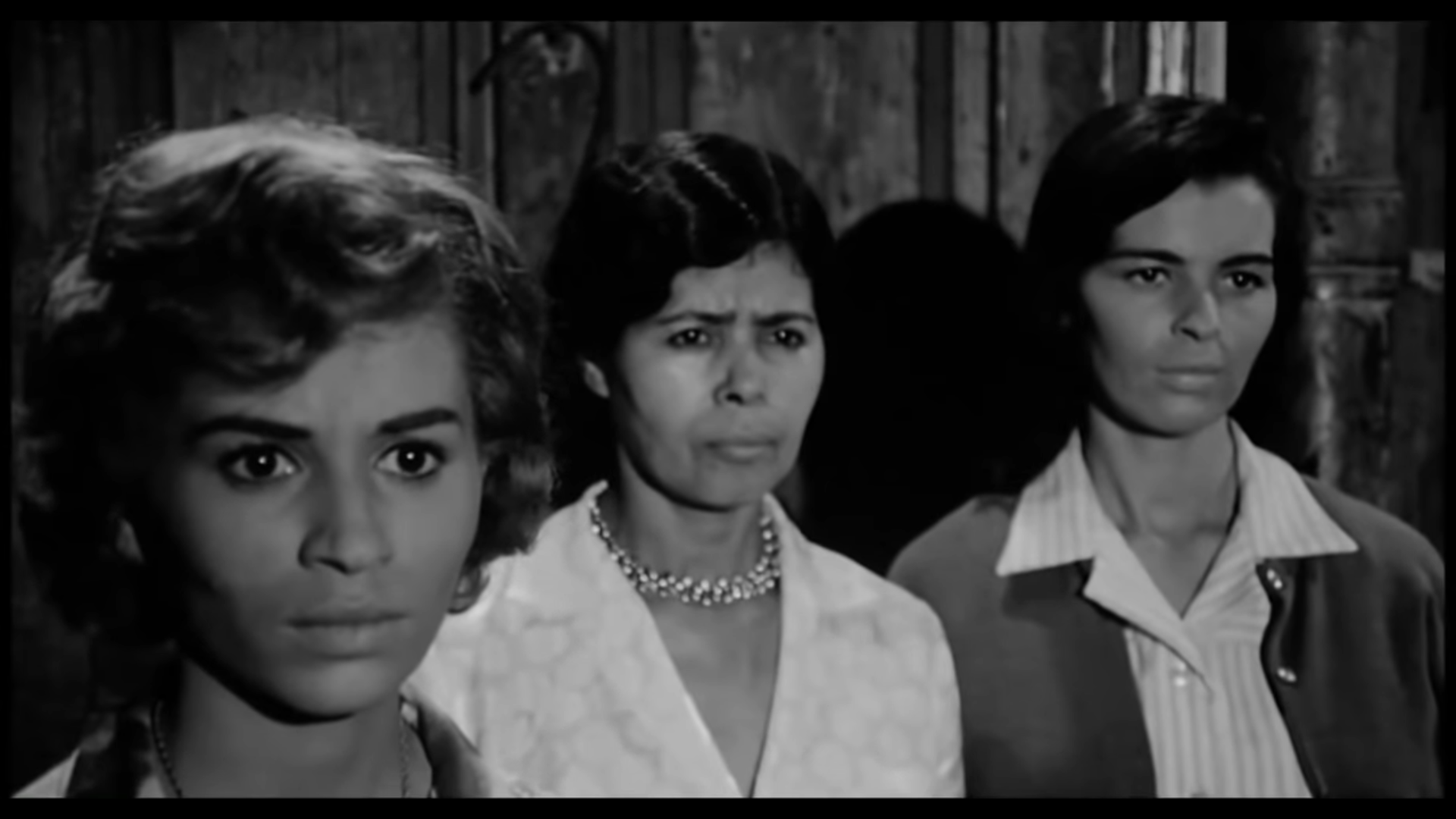 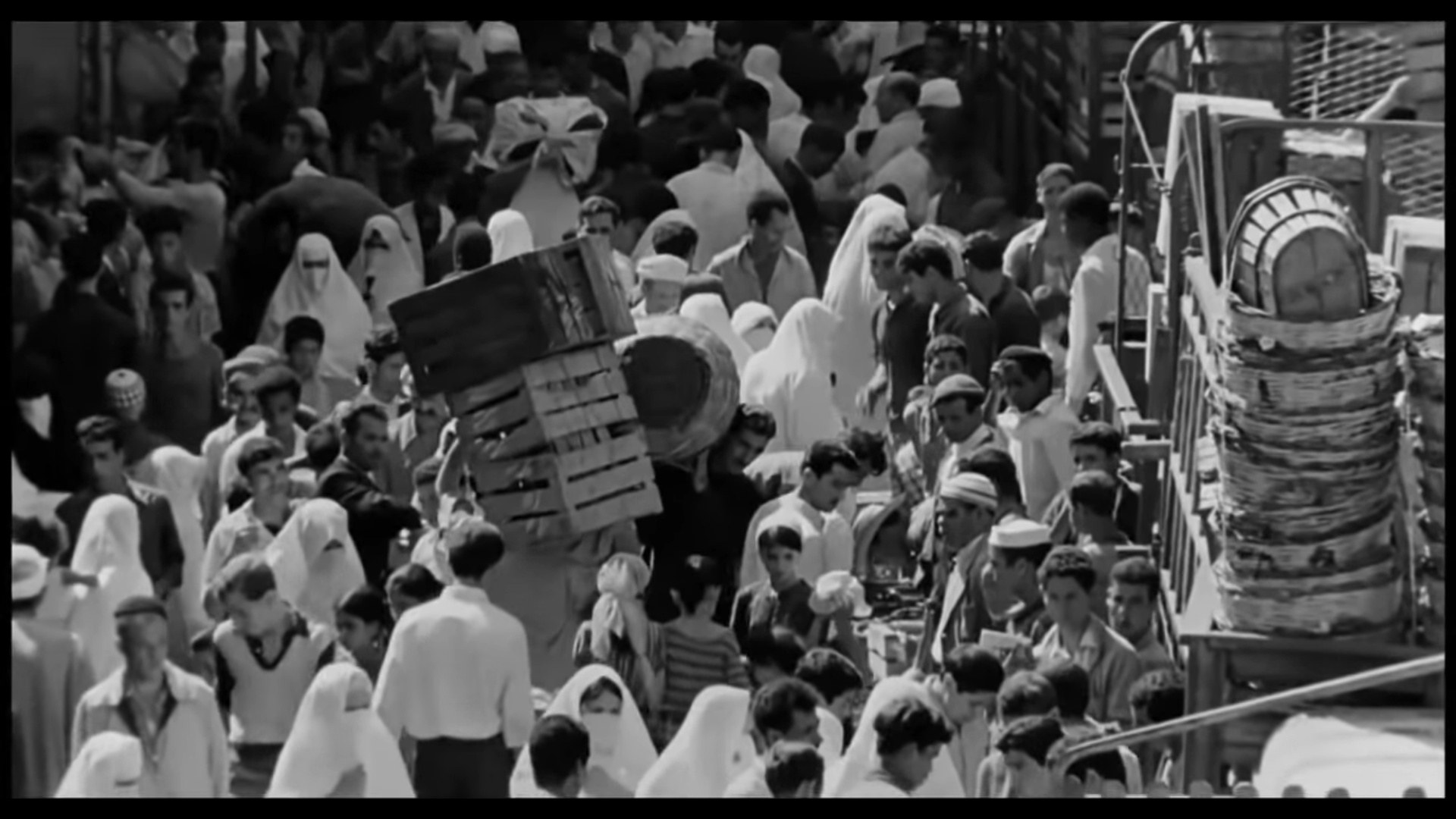 Many silent but also visible battles had been fought by women.

Here is something that I wanted to share, because these pictures unconsciously have stuck with me. Fusia el kader (playing the role of Hassiba Ben Bouali) in the battle of Algiers with the little child Mohamed Ben Kassen (playing Omar, the nephew of Yacef Saadi) and Brahim Haggiag as Ali la Pointe/Ali Ammar – a movie made by Gillo Pontecorvo.

An (inter-generational) fight against french colonialism is depicted through this film.

So, I was surprised to learn the death of this actress in September 2019. (Sadly, I did not find more writing on her life and career). But this news instantly reminded me how she was stunning, strong beside these women, actresses…

I was young when I first saw it, but images are powerful specially images about conflicts and wars ; and even more on the Algerian war of independence.
Even if I was way too young to understand it all, I knew that some things were wrong and I felt a kind of heavy link, memories from my lineage that were sad, dark – but also over the years, I had sensed the duty and need to understand what happened…
An intense and silent tension impregnated the house when those movies were played. I knew that it was not for fun, more serious things were conveyed. A story that I have not comprehended all the parts, so I was curious – as always – especially because, why suddenly the ambiance changed ? The face of my dad seems to have changed, being more strict, more serious, along the film… all dark and white… Some memories are still difficult to process even after many years… far from the land that used to nurture you.

The faces of the women and men playing in this film have been with me for a while.

So today I want to share it so you, maybe could understand that these faces were real, they are you and me, me and you, us – fighting for a better world – They played all along a story that happened and may not been known by some people from some part of the present world, and of the other-world, left before… Before us. But these faces had existed, exist and this -type of- movie is still relevant, today, tomorrow and tomorrow tomorrow, tomorrow after tout-morrt oh…

It is a part of the collective cultural heritage and an inspiration for all activists, leaders, seekers of justice and freedom. This movie was censored in France for many years, hardly facing this issue and being afraid that it will inspire further uprising, protest movements…
Indeed, as we can witness continually, when people fight in unity they create waves, big changes… And who like changes reversing the status quo ? (That is also why many activists, journalists relaying ‘sensitive’ information are still being censored, jailed, tortured and even killed right now…).

But sometimes those same drowned things might appear to float, elsewhere, on the other side of the sea, when you least expect it and future generations will discover these bottles à la mère and will not know how to deal with it, because as times goes by there have been more and more bottles with messages, skins, bones, torn clothes…

To those women who fought* and continue to fight under the repression in their own tiny, big, multiple manner, for bigger causes, changing the course of countries, of millions lives : our liberty depends on your struggles, depends on your red wounded lips and broken screaming hills. We roam this earth with your beauty and strength, as we sleep silently to witness your greatness in our dreams and your smiles in our daily times. We try to stand still on our feet – in your warm shadows – as a way to honor you…
May we still be worthy of your grace…
May this world see more peace and forgiveness,
and may you forgive us, because most of us are still learning how to love.

*If you are interested in knowing more on how women contributed in changing history (in Algeria), I recommend you the works of Assia Djebar who dedicated her whole life on highlighting and transmitting her cultures, heritage, stories by writing but also filming Algerian women.
« Il se trouve toujours une femme, vieille, jeune, peu importe, qui prend la direction du chœur : exclamations, soupirs, silences gémissants quand la montagne saigne et fume, couplets passionnés. » (Les Enfants du nouveau monde, La revue Ballast, 2017). That can be translated as : «  There is always a woman, old, young, whatever, who takes the direction of the choir : exclamations, sighs, moaning silences, when the mountain bleeds and smokes, passionate verses. » (Children of the New World, La revue Ballast, 2017).

Somehow, echoing the song of the fighters in The Question book, gushing:
“From our mountains,
the voice of the free men have raised,
its claims the independence of the homeland,
I give you everything I love,
I give you my life,
O my country, O my country…“

Photographs from the Youtube Video ‘Donquishoot Ft Diaz – La Bataille d’Alger 2016’ : https://www.youtube.com/watch?v=66CRPKsuiKg
Quote from Children of the New World through the Ballast journal : https://www.revue-ballast.fr/assia-djebar
The song of the fighters from the women prison, The Question by Henri Alleg : https://www.humanite.fr/node/230400
An article on how this film is still relevant today : https://www.latimes.com/entertainment/movies/la-ca-mn-battle-of-algiers-rerelease-20160921-snap-story.html

We use cookies on our website to give you the most relevant experience by remembering your preferences and repeat visits. By clicking “Accept”, you consent to the use of ALL the cookies.
Cookie settingsACCEPT
Manage consent

This website uses cookies to improve your experience while you navigate through the website. Out of these, the cookies that are categorized as necessary are stored on your browser as they are essential for the working of basic functionalities of the website. We also use third-party cookies that help us analyze and understand how you use this website. These cookies will be stored in your browser only with your consent. You also have the option to opt-out of these cookies. But opting out of some of these cookies may affect your browsing experience.
Necessary Always Enabled
Necessary cookies are absolutely essential for the website to function properly. This category only includes cookies that ensures basic functionalities and security features of the website. These cookies do not store any personal information.
Non-necessary
Any cookies that may not be particularly necessary for the website to function and is used specifically to collect user personal data via analytics, ads, other embedded contents are termed as non-necessary cookies. It is mandatory to procure user consent prior to running these cookies on your website.
SAVE & ACCEPT